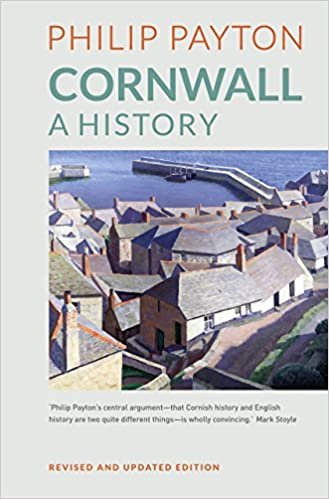 The new edition of Philip Payton's modern classic Cornwall: A History tells the story of Cornwall from earliest times to the present day. Drawing upon a wide range of original and secondary sources, it begins with Cornwall's geology and prehistory, moving through Celtic times to the creation of the kingdom of Kernow and its relationship with neighbouring England. The political accommodation of medieval Cornwall by the expanding English state through the twin institutions of the Duchy and Stannaries is examined, as is the flowering in the Middle Ages of literature in the Cornish language. Resistance to English intrusion in the rebellions of 1497 and 1549 and in the Civil War is explored. So too is Cornwall's role in the subsequent expansion of Britain's global influence; and Cornwall as an early centre of the industrial revolution is also discussed. Mining and Methodism became twin strands of an assertive transnational identity which emigrant Cornish planted across the globe in the nineteenth-century. Thereafter, as the book shows, a vigorous Celtic revivalist movement championed the rebirth of the Cornish language and Cornwall's status as a Celtic nation. At the same time tourism, with its emphasis on Cornish distinctiveness, moved in the twentieth century to fill the gap left by the decline of mining. The book concludes by examining the nature of twenty-first century Cornwall, contrasting an apparent heightening of Cornish consciousness with the increasing threats to Cornwall's environment and identity. As the only full-length study of Cornwall to have been written for many years, Cornwall: A History is essential reading for everyone with a passion for, Cornwall or just a passing interest. Taking into consideration the new research outputs and perspectives of recent years, this revised and updated edition reflects the growing interest in Cornish studies as an academic field and supports that interest.

Published by University of Exeter Press 2017