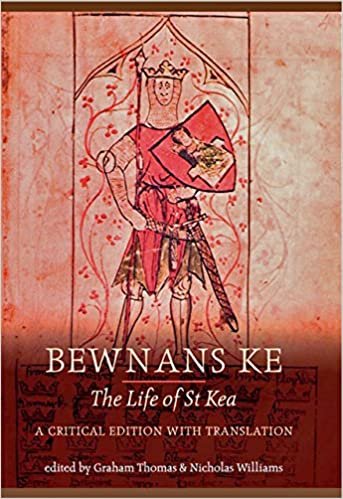 In 2000, a sixteenth-century manuscript containing a copy of a previously unknown play in Middle Cornish, probably composed in the second half of the fifteenth century, was discovered among papers bequeathed to the National Library of Wales, Aberystwyth. This eagerly awaited edition of the play, published in association with the National Library of Wales, offers a conservatively edited text with a facing-page translation, and a reproduction of the original text at the foot of the page - vital for comparative purposes. Also included are a complete vocabulary, detailed linguistic notes, and a thorough introduction dealing with the language of the play, the hagiographic background of the St Kea material, and the origins of other parts in the work of Geoffrey of Monmouth. The theme of the play is the contention between St Kea, patron of Kea parish in Cornwall, and Teudar, a local tyrant.This is combined with a long section dealing with the dispute over tribute payments between King Arthur and the Emperor Lucius Hiberius; Queen Guinevere's adultery with Arthur's nephew Modred; the latter's invitation to Cheldric and his Saxon hordes to come to Britain to assist him in his conflict with his uncle; and Arthur's battle with Modred.

The text is given both in its original spelling and in a spelling that is closer to Kernowek Standard (KS), though not KS itself.

Published by University of Exeter Press 2007